If War Comes, Are You Ready? 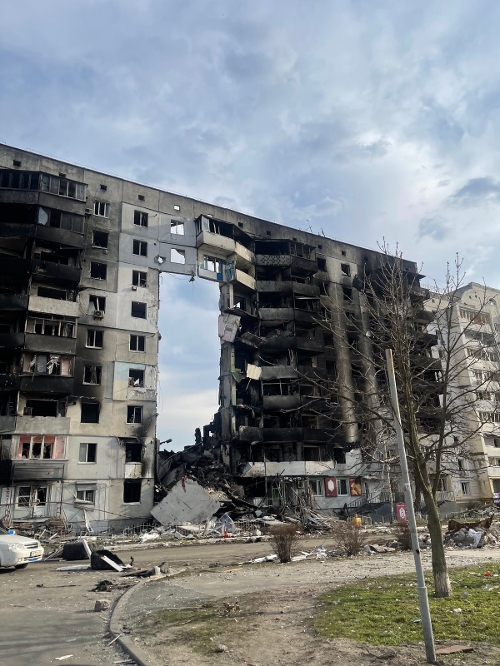 By Regent Willem IV
If war comes, are you ready? This really came to the fore of my mind as I observed friends in Russia and Ukraine have their lives totally uprooted by what was to them unexpected and unthinkable.
One Ukrainian friend fled Karkhiv and after a harrowing adventure was able to get to Germany with her child. A Russian friend lost all his income due to sanctions and fled to Kazakhstan where he is trying to restart his life.
War and upheaval can come to anyone, or at its effects. Indeed, it is alleged there are supply chain disruptions caused by the war in Ukraine that are impacting Americans. Whether or not these are real or manufactured for other reasons, the disruptions are real enough as it costs more to buy things and some items are becoming more scarce.
Are you ready if more upheaval and disruptions occur?
We have often said that, while having stores of emergency food and medical supplies is a good idea, the best hedge against such crises remains being connected with other people with whom you have a substantial degree of organic cohesiveness owing to share beliefs, values, and convictions.
If you know you have at least 20 people in your immediate vicinity plus maybe the same number online who always have each other's back and who are willing to share resources and supplies if need be, then you have taken a substantial step not only to be shielded from such hazards but for more material independence in general.
If you look up our 17 Protocols on this site, you will see a path many can follow together, anywhere in the world, with just an agreement to be guided by these ideas as their starting point. But whatever your common ground, having a solid and detailed set of common standards, norms, and goals as the basis of your association goes a long way toward building the kind of organic cohesiveness needed to achieve mutual and collaborative self-reliance.
Within the service area of the Riqueday™ Canton, our genesis chapter in north-central Pennsylvania in the USA, we are connecting households who will build their own aquaponics and other food and energy production assets so we can not only meet our needs but have enough excess both to help the the needy and sell surplus to raise funds for our local efforts. But having a strong level of organic cohesiveness, afforded by our shared Protocols, makes mutual collaboration easy and natural without much need for any sort of top-down "management."
The greater point is that if some of my Russian and Ukrainian friends were able to make these sort of connections well before events that shook their worlds, they may have had a much better chance of watering the storm without being forced to flee their homes or, if this was necessary, they may have had a whole group to travel with and even connections abroad to help them resettle in a better manner, not merely as a hapless and penniless refugee.
Pictured: a burned out apartment building in Bucha, Ukraine, taken by a friend who is on site helping rescue people and care for refugees from the fighting.
Note: we will be writing more about the war in Ukraine, especially the concepts of 5th generation war, whole society mobilization, and especially the refugees and consequences on all sides. As a general rule of thumb, we understand and acknowledge that the "obvious" is usually smoke and mirrors, the true causes deeper, and the purposes of God much higher than all this. We deplore war and violence and our sympathy remains with the people who don't get a vote, the average civilian and soldier who may know nothing as to the true causes or the true powers behind those causes for what has befallen them.
Return to News